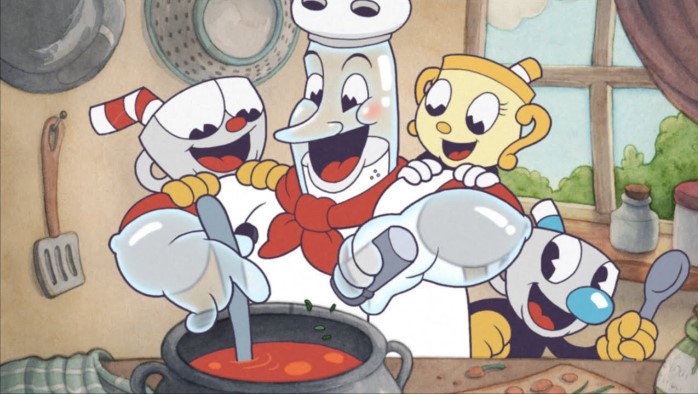 Cuphead: The Delicious Last Course returns to show itself in a new gameplay video, published by Game Informer. Here are all the details and the price of the expansion.

A few days after its release, Cuphead: The Delicious Last Course returns to show itself with a new gameplay video that allows us to admire the news of this new expansion. In conjunction with the publication of the new movie, the details on the price of the DLC also arrive. The expansion, arriving on June 30th, will cost 7.99 euros.

In the video packaged by Game Informer you can admire the new character Ms. Chalice in action and grappling with a whole series of new enemies. In this new expansion, Ms. Chalice will accompany Cuphead and Mugman on an unprecedented adventure set on an all new island, Inkwell Island. In addition to the presence of a new character, The Delicious Last Course will be able to count on the presence of new weapons, new upgrades and exciting bosses to face.

We remind you that Cuphead: The Delicious Last Course will arrive on PS4, Xbox One, Nintendo Switch and PC (via Steam and GOG).

Staying on the subject, we remind you that yesterday Netflix confirmed the arrival of the second season of The Cuphead Show !  , the series based on the game.

Xbox & Bethesda Games Showcase, duration of the event unveiled by Aaron Greenberg
A Plague Tale Requiem returns to show itself with an in-depth video
To Top