Apple announced that since 2008 it has paid developers $320 billion through subscription fees and the App Store.

Developers earned $320 billion in revenue from the App Store

In a new post , Apple announced that it has paid $320 billion to developers through subscription fees and the App Store since 2008. Moreover, Apple’s commission fees are not included in this announced figure. According to the shared information, the number of paid subscribers through Apple services has reached 900 million. In addition, 650 million visitors from 175 regions visited the App Store. 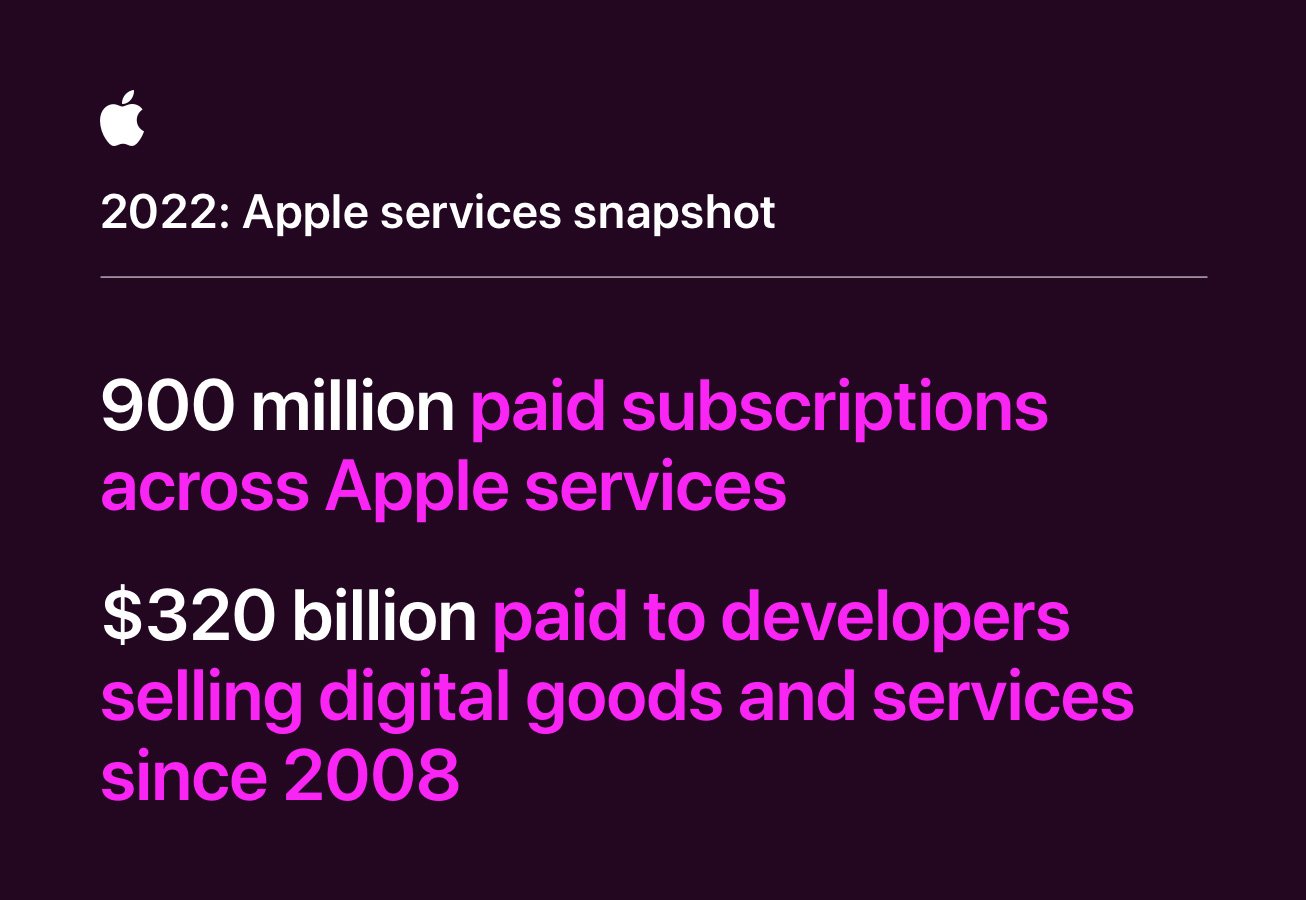 In addition, the Apple Fitness+ library has reached 3,500 exercises and meditations.

It is noteworthy that the App Store, which has been criticized for its high commission fees in recent years, highlighted the income it provides to developers in this new report. If you remember , we told you that Apple renewed the width of the price tariff and the number of lists for the App Store last month, as a result of years of lawsuits and criticism .   It seems that the company will continue to take steps in this area and highlight the benefits it provides to developers.