A mixed martial arts fighter takes action to subdue a homeless man who allegedly attacked people in the heart of Manhattan’s Soho shopping district. When what happened after that moment was reflected on social media, it almost fell on the agenda like a bomb.

Ro Malabanan, who has a black belt in Brazilian jiu-jitsu and a yellow belt in judo, saw Samuel Frazier punch a construction worker as he walked to his boxing trainer’s office last Wednesday morning.

Malabanan, 44, checked on the victim before chasing after the suspect and pulling him down from behind, the civic duty man shared on Instagram.

Malabanan shared, “My jiu-jitsu instincts kicked in. I jumped on his back,” he said. “Then he tried to shake me – but for those of you who know – I took a seat belt position and dragged him to the ground and immediately got his back and pinned him to the ground.”

Other victims of Frazier, 28, gathered around him as Malabanan virtually ‘pinned’ him to the pavement in front of a department store on Broadway.

“All of a sudden, people started shouting ‘yes, this guy punched me in the face’, ‘yes this guy hit me’, ‘this guy hit an old man,'” Malabanan said. said.

Some of the enraged victims tried to attack the suspect, who was later neutralized, but according to the Malabanan narrative, he asked them to stop and call the cops. 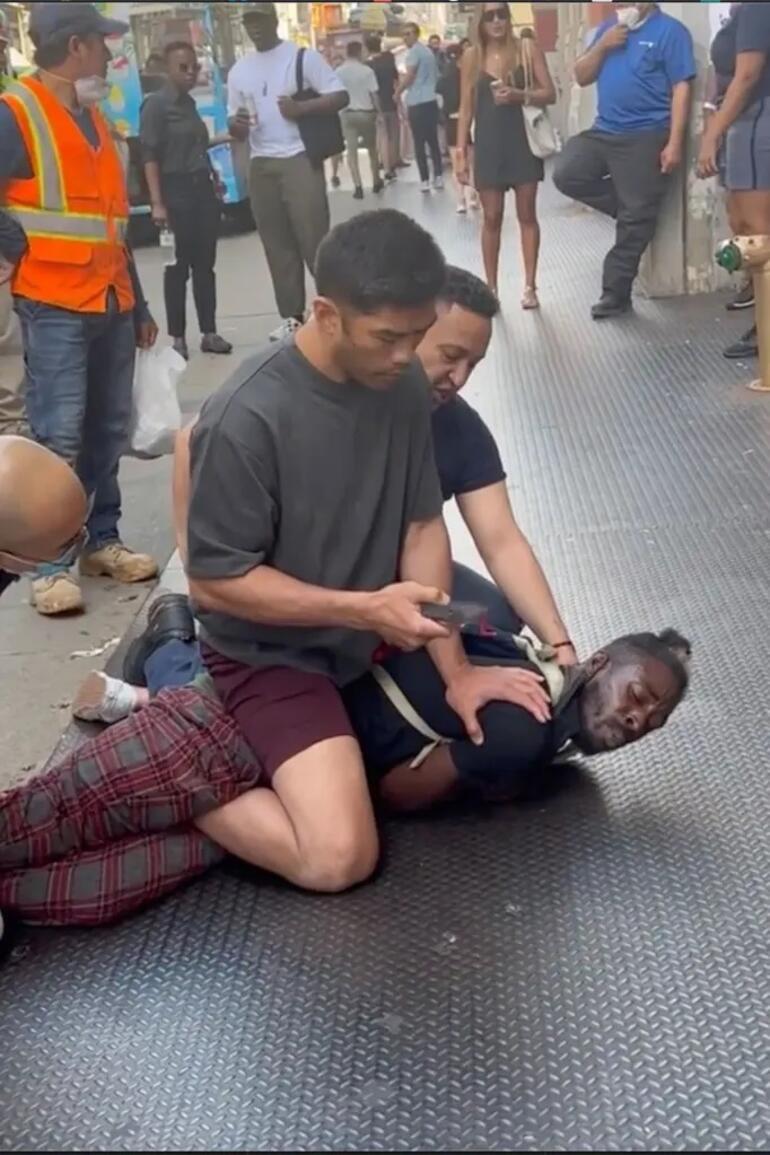 According to the NYPD, an initial police investigation revealed that Frazier carried out an ‘unprovoked’ attack on a 50-year-old man and a 17-year-old boy and punched them hard in the head.

The attacker was detained on two assault charges, according to police, who said Frazier did not have a home address.

Stating that he was not interrogated by the police because he was late for work, Malabanan said on the phone that he believed at least six people were attacked by the suspect, who “played the victim” and did not apologize. 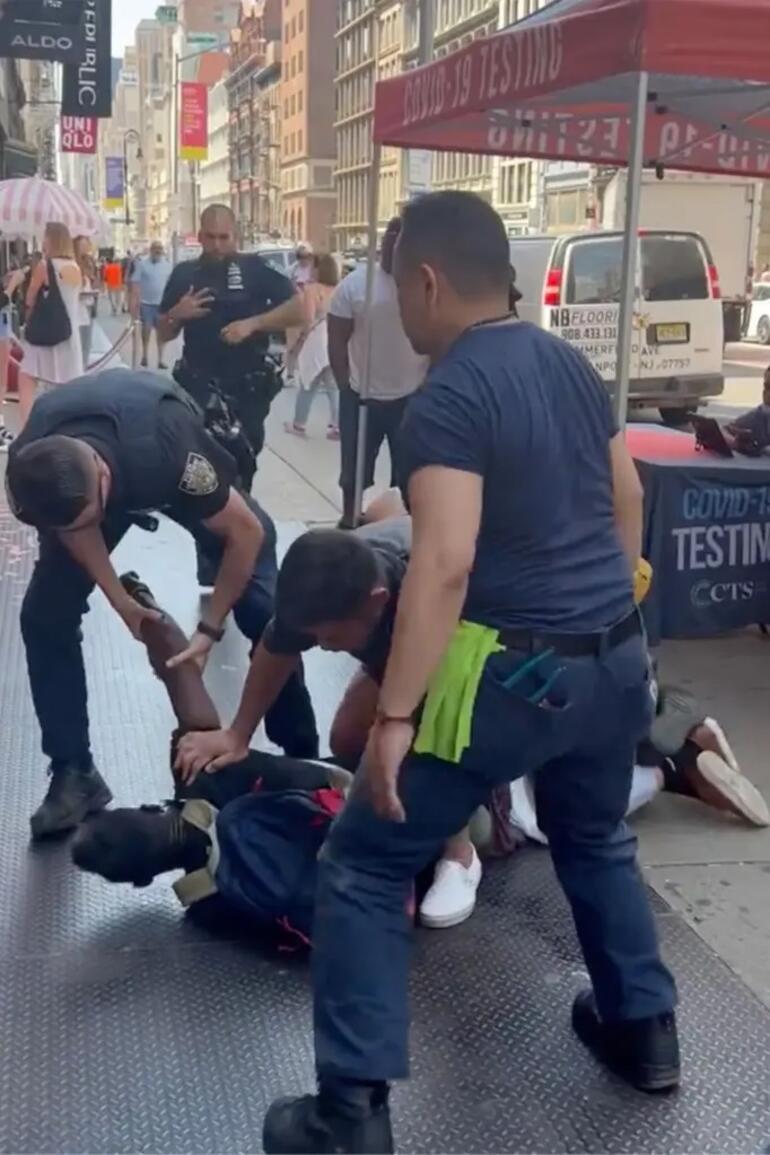 As Frazier begged for mercy on the ground, Malabanan videotaped him and filmed the moment the man shouted, “They’re walking on me.”

“No, that’s bullshit bro, you still don’t punch people in the face for no reason,” the fighter replied as the tourists standing in front of the Ice Cream Museum watched.

In the footage, the audience shook hands with Malabanan, while two police officers eventually arrived and handcuffed the suspect.

Malabanan has lived in New York since immigrating from the Philippines at the age of 9. She told The New York Post that she was often harassed because of her Asian heritage, but was always able to defuse the situation without a fight.

His professional fighting career was delayed due to concussions. Now a martial arts and boxing instructor and aspiring actor, Malabanan says he has helped other New Yorkers stand up to bullies by teaching them how to fight and defend themselves.

Contradictory voices began to rise: ‘Europe is suffering, sanctions on Russia must end’
The number of men living longer than women is higher than previously thought
To Top