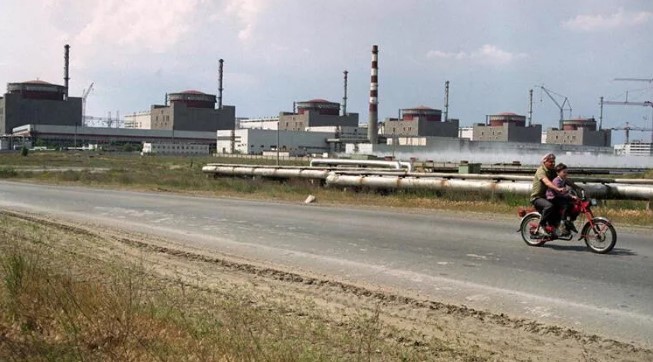 The International Atomic Energy Agency (IAEA) announced that the Zaporozhye Nuclear Power Plant in Ukraine, which is under the control of Russian forces, is “out of control”.

The International Atomic Energy Agency (IAEA), an autonomous international organization affiliated to the United Nations ( UN ), Said That The Zaporozhye Nuclear Power Plant , which has been under Russian control since Russia’s invasion of Ukraine, is “ out of control”. IAEA President Rafael Grossi said in a statement, “The Zaporozhye Nuclear Power Plant is out of control. Every principle of nuclear security has been violated.” Grossi said that the IAEA’s relations with the personnel at the facility were “irregular” and that the supply of equipment and spare parts was interrupted, and that there were many nuclear materials at the facility that needed to be inspected by the IAEA.

Grossi said that his team has been ready to visit the Zaporozhye nuclear facility for the last 2 months, but they have not been able to fulfill the task so far, and that he and his team need protection to reach Zaporizhia.

Stating that this requires the cooperation of both Russia and Ukraine, Grossi said, “I request both sides to allow this task to continue.”

In June, Ukrainian officials accused IAEA Director Grossi of lying during the planned inspection visit and stated that any visit would legitimize Russia’s presence there. Yevgeny Balitsky, the Russian official in the Zaporozhye region, stated that the Ukrainian forces attacked the facility and used weapons provided by Western countries for this, and stated that the Russians were protecting the nuclear facility and the Ukrainians were ready to show that they attacked.

RUSSIA HAS CONTROLLED THE POWER PLANT SINCE MARCH

The Zaporizhia Nuclear Power Plant, the largest nuclear power plant in Europe, has been in the hands of Russian forces since the beginning of last March, with Russia’s attacks on Ukraine. In the first days of the occupation, Russia seized the power plant and bombarded the surrounding buildings.