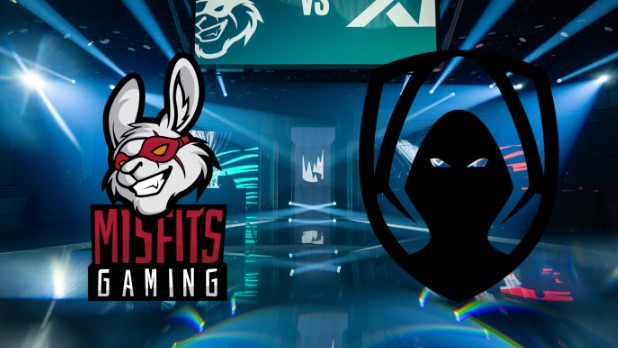 Various rumors lead to a single direction: in 2023 we will no longer see the Misfits in Lec, the League of Legends championship.

First Eros, then Anonimotum: two of the main reporters in the world of League of Legends esports have dropped the bomb . According to their sources, usually reliable, the Misfits have found an agreement with Team Heretics for the passage of the slot of the Lec, the maximum European competition of League of Legends, held by the former. The Misfits joined LEC in 2019 as the founding organization of the new franchise. The Misfits are represented by the Misfits Gaming Group, a reality based in North America where there are two of the main financial supporters, the Miami Heat and the Orlando Magic: in the New Continent they also hold a slot in the Overwatch League with the Florida Mayhem and one in the Call of Duty League with the Florida Mutineers.

According to the Anonimotum report on Blix.gg, the price requested by the Misfits for the sale of the slot was 45 million dollars : considering that their initial outlay to enter the franchise was just under 10 million dollars, yes it would be a capital gain of 35 million. The Heretics would be the only team to continue negotiations, despite the initial interest also shown by Karmine Corp, Koi and Giants Gaming. The deal, however, would seem to have ended differently: the Heretics should in fact become owners of 80% of the slot, with 20% remaining at the Misfits, in order to lower the initial cost and bring it to about 35-36 million dollars.

The path in Lec

The Misfits, as anticipated, started competing in Lec in 2019 but were already present in the old Eulcs from Spring 2017 after beating Schalke04 in Promotion. During their European competitive career on League of Legends the Misfits have not managed to win any titles but they can boast a final, in Summer 2017, lost against G2 Esports , and a participation in the Worlds with the Top 8 interrupted against Sk Telecom Faker’s T1 in map five. From that moment on, several fluctuating results but never beyond the fourth place in the playoffs. In the current split the Misfits occupy the sixth position with five wins and six defeats, tied with Fnatic and Astralis, in full swing for the playoffs. Furthermore, in recent days iMisfits had communicated a change in the starting roster with the arrival of the experienced Zanzarah in the jungle in place of the young Shlatan.

Who are the Heretics

The team that should take the place of the Misfits are Heretics, a Spanish organization that entered the Spanish SuperLiga just one split ago, at the beginning of 2022. It currently occupies the first position with 12 wins and four losses together with the Giants and could qualify for the European Masters , the second most famous European competition which, however, evidently would begin to be close to him. Heretics also boast stakes in other esports titles: from Fortnite to Fifa, from Rainbow Six Siege to Valorant. In recent years it has also been present on Call of Duty, signing the Italian Wartex , the first compatriot to play in the Call of Duty Pro League before the introduction of the Call of Duty League.

According to reports, the farewell of the Misfits may not be the only one: Karmine Corp, Koi and Giants, the previously mentioned orgs, would be in talks with other organizations currently participating in the LEC to try to buy the slot. On the other hand, the Lec, and League of Legends in particular, is undoubtedly one of the most renowned and requested esports competitions , despite the fact that the number of spectators has slightly decreased compared to the previous splits in a completely physiological way in the post-pandemic.

Pg Nationals: who is playing the title?
Multiversus: Open beta is available
To Top