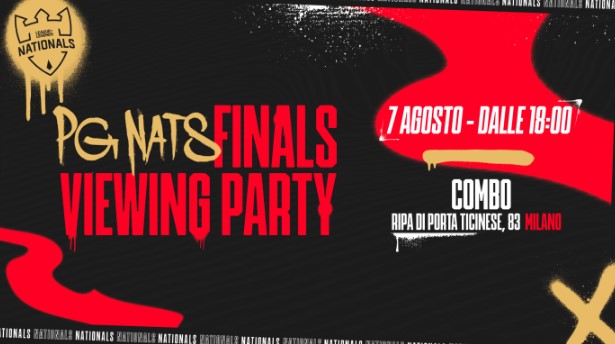 The Italian League of Legends tournament goes live with the final stages of the championship: the first playoff round from 26 July.

The summer split of the most important national competition of Moba par excellence, league of Legends, reaches its peak with the start of the play-offs set for Tuesday 26 July. Everything is ready to find out which teams will compete in the final and represent the country at the European Masters. To celebrate the main event of the competition, PG Esports has decided to invite fans on August 7 to the Combo Milano to enjoy together the best of League of Legends export in Italy. Admission will be free and open to all and for those who register through Eventbrite with this link there is also a special gift.

Aired as always on the Twitch channel PG_Esports_LoL, the playoffs will be broadcast live and from here will spring the finalists who will compete for the Italian title on August 7th. Clashing will be Macko, Cyberground Gaming, aNc Outplayed and Atleta Esport, who have amply demonstrated their worth in the early stages of the tournament. Specifically, in the first match Macko and Cyberground Gaming will compete for immediate access to the final , while the other finalist team will be decreed on July 31, when the winners of the match between aNc Outplayed and Atleta Esport will face the loser of the first match. The finalists will also have the honor of representing Italy at the European Masters, the most important League of Legends competition on a continental level after the LEC.

PG Esports has decided to celebrate the last appointment of the summer season with a live viewing party organized on the occasion of the final on 7 August. In fact, starting from 18:00, all League of Legends fans are invited to the Combo Milano, in via Ripa di Porta Ticinese 83, to enjoy the main event of the summer in company, a perfect opportunity to chat , meet and ask for valuable advice from casters and analyststournament officials, the now famous Giulia ‘Juniper’ Migliore, Silverio ‘Deidara’ Masi and Gabriele ‘Wolcat’ Catterin. The event will be free to enter, but those who accredit themselves with Eventbrite through this link will receive a Hextech chest, a reward designed specifically for the most hardcore fans of the Riot Games Moba.

The PG Esports format, thanks to an increasingly broad and loyal group of fans, is now firmly among the most popular on the Italian competitive scene. Such a milestone translates into a greater ability to attract world-class players , as well as notable partners. The 2022 edition, in fact, can count on main sponsors of the caliber of Fonzies (in collaboration with Dentsu Gaming), Intel and Kit Kat (in synergy with Sportfive), which once again confirm their commitment to support the national scene.

Valorant, who are the first pre-selected for the franchise
Lec, farewell Misfits: the slot sold to Heretics
To Top