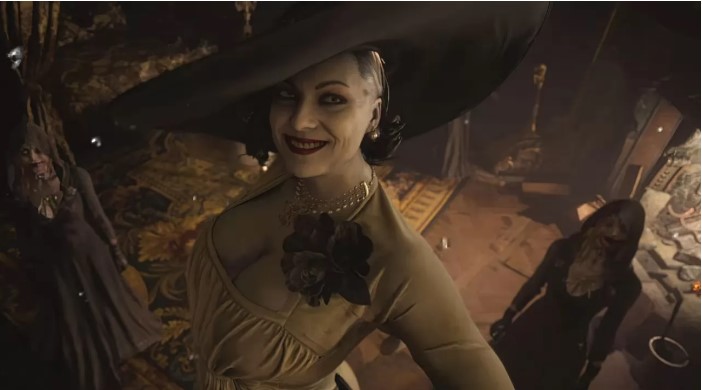 Capcom has released a new trailer for Resident Evil Village’s Mercenaries mode that shows the playable characters in action. Let’s see the movie.

Advertisement
Capcom has released a new trailer for Resident Evil Village dedicated to the Mercenaries mode that shows Lady Dimitrescu in action, along with other playable characters. In the Additional Mercenary Orders mode it will also be possible to play as Chris Redfield, Karl Heisenberg and Alcina Dimistrescu , as well as being able to explore two new scenarios, namely the hellish village and the hellish river.
https://youtu.be/-Mz8Xjbu6yc

Historical protagonist of the series, Chris Redfield uses many firearms and can count on his great strength. As he defeats his opponents, he will fill up a special gauge. Once filled, you can unleash Chris Redfield ‘s attack mode , featuring increased movement and reload speeds, as well as greater destructive power.

Karl Heisenberg is one of the four lords in the service of Mother Miranda. This character wields a huge hammer and has the ability to control magnetic forces. In addition to his hammer, Heisenberg will also be able to count on his terrifying creations. During the fight, you can summon a Soldat Jet to the battlefield to take down enemies with a quick attack.

Almost three meters tall, Alcina Dimitrescu , on the other hand, slices enemies with her claws. The only indicator of her thrill is increased by attacking enemies or using her item and her special lipstick. As the Thrill Gauge increases, Lady Dimitrescu’s movement speed and the power of her claws increases, unlocking deadly new moves.

All of the new Mercenaries mode news presented will be included in the Winters’ Expansion , along with the third-person mode and the Shadows of Rose DLC. The Gold Edition of Resident Evil Village will also include the Trauma Pack DLC. Those who pre-order the Gold Edition will also get the Street Wolf outfit for Rose which includes a jacket embroidered with Chris’s Houndwolf team emblem.

Resident Evil Village: new details on Mercenaries mode and pre-order bonuses
Stories of Kirby: the third episode of the video story for children is available
To Top