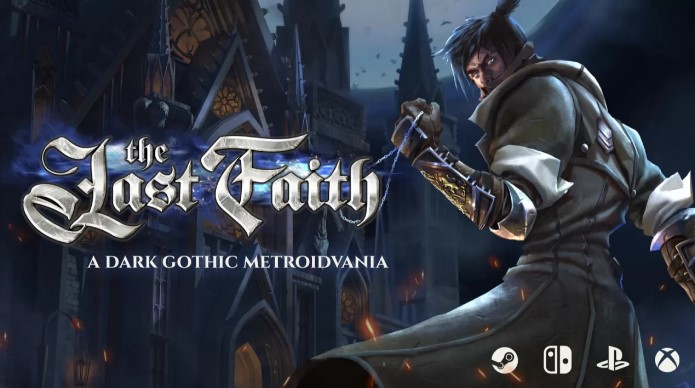 The Last faith, the 2D metroidvania inspired by Bloodborne and Castelvania, is back to show itself at the Future Game Show with a new gameplay trailer.

The Last Faith , the promising 2D metroidvania from Kumi Souls Games, is back with a new gameplay trailer at the Future Game Show tonight. The video, which you find below, allows us to take a look at the combat system, which highlights the metroidvania nature of the title and the clear references to Castelvania. Some sequences also show the presence of real  fatalities that can be performed both on common enemies and on bosses, each beautifully animated and capable of varying from who we are in front of.

Let’s read the official description of the game:

The Last Faith is an exploration-based metroidvania with action and platform elements, set within a gothic horror scenario.
An ancient religion has reigned in this world for centuries, and the once majestic ancient capital lies abandoned after a deadly plague arrives.

Before leaving, we remind you that The Last Faith will be available by 2022 for PC, Xbox console, PlayStation console and Nintendo Switch.

Xbox & Bethesda Games Showcase will be a great show for a leaker
Batora: Lost Haven returns to show itself at Guerrilla Collective 3.0
To Top