Microsoft announced free games coming to Xbox Game Pass in the second half of June 2022.

Microsoft has announced the free games of June 2022  of the Xbox Game Pass , ie those that will arrive starting from the second half of the month and that are added to the selection of titles already in the catalog. This is a very rich list that includes some titles already confirmed, as well as a welcome surprise. 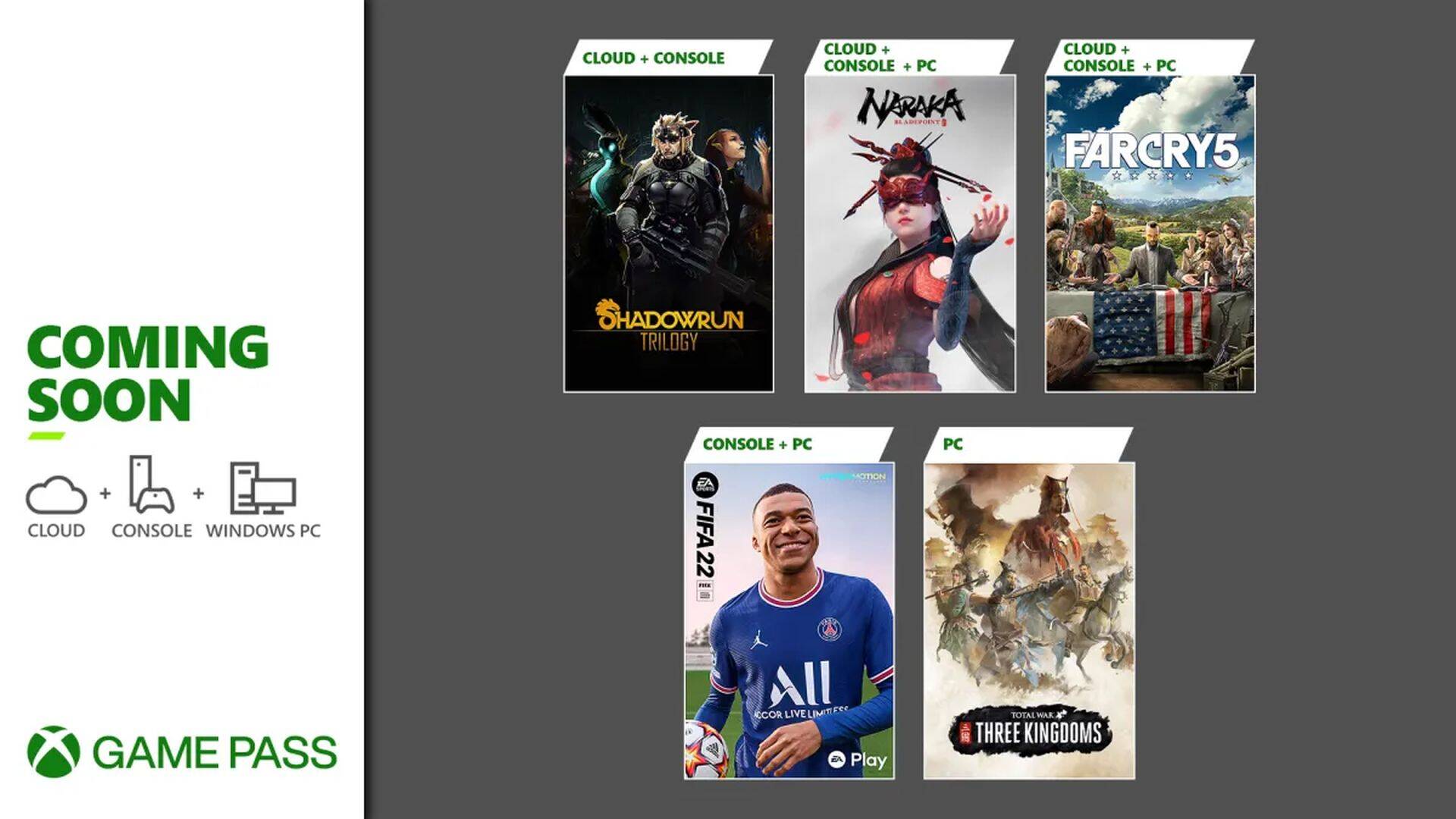 Here is the list of new Xbox Game Pass games for the second half of June 2022:

Unexpectedly, we also find Far Cry 5 in the list which represents the real surprise of this already very rich and varied selection of its own. Shadowrun is a compilation of the three cyberpunk strategy RPG chapters developed by Paradox, which includes Shadowrun Returns, Shadowrun: Dragonfall – Director’s Cut and Shadowrun: Hong Kong – Extended Edition. Total War: Three Kingdoms  is instead the episode of the popular strategy series set in the period of the Three Kingdoms.

While, Naraka: Bladepoint , is a battle royale for sixty players in which we will be able to move using parkour and grappling techniques, as well as use a large arsenal of short and long range weapons.

Recall that these titles are also added to the already released  Teenage Mutant Ninja Turtles: Shredder’s Revenge  and  Omori  on PC, Xbox and Cloud.